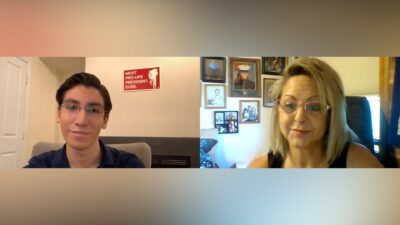 On Tuesday, Republicans from across New Mexico headed to the polls and chose our GOP nominees to advance to take on the Democrats in November’s General Election. Although some of our favorite candidates may not have made it out of the primary, now is the time, as Republicans to unite around every Republican on the ballot and work to turn New Mexico RED (Remove Every Democrat) in the election.

With President Trump at the top of the ticket, and a strong selection of candidates running for federal, state, and local elected officials, the stakes could not be higher for Republicans, which is why I am proud to partner with Shauna Abney of the United Conservative Movement to unite Republicans in our state behind our great GOP nominees selected Tuesday.

Although Shauna and I differ on a few candidates, we both are putting our party and our state’s future over our personal choices, and signing the “Pledge to Vote RED NM” pledge to show we are united in our fight for our conservative values and a prosperous future for our state. The stakes are too high to not be united going into November, and this is our shot at taking back our state and reclaiming our values!

Sign the pledge and send it to every Republican you know. We must unite to turn our beautiful state of New Mexico RED in November! 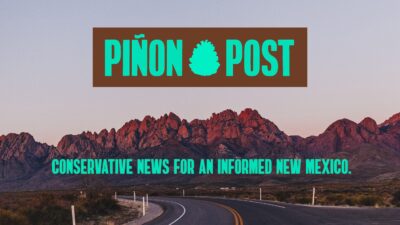 In April, the Rio Grande Foundation sent a letter to candidates for legislative office requesting they sign onto the “Taxpayer Protection Pledge” to be a good steward of taxpayers’ hard-earned income and promise to not raise taxes.

Just last week, Rep. Moe Maestas (D-Albuquerque), chairman of the New Mexico House Commerce and Economic Development Committee, signaled he was open to raising taxes on families and businesses already pinching pennies due to the effects of the devastating COVID-19 pandemic. Maestas wrote, “A ‘no tax’ pledge is so 2009 … and was the precipice of the lost decade,” referring to former Gov. Susana Martinez’s no-tax promise.

In a recent post by the Rio Grande Foundation, “after decades of Democrat rule, New Mexico’s government spends more than nearly any other state in the nation (as a percent of GDP) while ranking 44th for ‘return on investment’ according to Wallethub.”

It’s clear that tax-happy Democrats are not only aggressively spending New Mexico’s tax dollars, but they are also proving how they are not the best stewards of our state’s resources, especially as Gov. Michelle Lujan Grisham is now looking to raid our state’s permanent fund.

Instead of cutting million-dollar tax subsidies given to out-of-state film companies investing little to none into our state, fiscally irresponsible Democrats seek to punish New Mexico families and businesses by gambling with our future. Raising taxes and spending New Mexico’s permanent fund puts small businesses and working families in jeopardy.

Because this is such a critical juncture in New Mexico, it is vital for voters to select legislative candidates who vow to be good stewards of the valuable resources our state has to offer. The Rio Grande Foundation’s Taxpayer Protection Pledge to “not to raise your taxes as a result of the current economic downturn” will bind candidates to fiscal responsibility and help voters ensure they are choosing candidates who will protect their hard-earned income.

If you are a candidate for a legislative office, please find the pledge here to ensure to voter your commitment to fiscal responsibility. If you are unsure if your legislative candidates have signed onto the pledge, please reach out to their campaign and urge them to sign on. As New Mexicans, we are a family, and whatever political stripe we wear, we should all work toward fiscal responsibility to ensure a brighter future for all.

On Tuesday, Republicans from across New Mexico headed to the polls and chose our GOP nominees to advance to take...

Today is the GOP Primary! Here’s what you need to know before you vote — and why voting matters

Today is the 2020 Republican primary, and New Mexicans will be heading to the polls to cast their votes for...