Democrat state Rep. Melanie Stansbury is currently running for Congress in the First District of New Mexico against Republican state Sen. Mark Moores in the June First election following the resignation of Congresswoman Deb Haaland to become Interior secretary. If Stansbury keeps the district in Democrat hands, that would mean her seat in the state House could be up for grabs.

One individual has already expressed interest in filling Stansbury’s seat in the 28th House district if she does end up going to Washington. A sex work enthusiast and “jello shot girl” named “Bunnie Benton Cruse” has announced interest in the legislative seat, claiming to be a transgender woman, although he has previously been listed as a “drag queen.”

Cruse made headlines in 2019 when a public, taxpayer-funded library hosted a “Drag Queen Story Time” event where he and another drag queen read to young children.

According to Cruse’s Facebook page at the time, he worked as a “Jello Shot Girl” at the gay bar Effex Albuquerque, and as the “Head Stripper” at “Shake N Bake.” 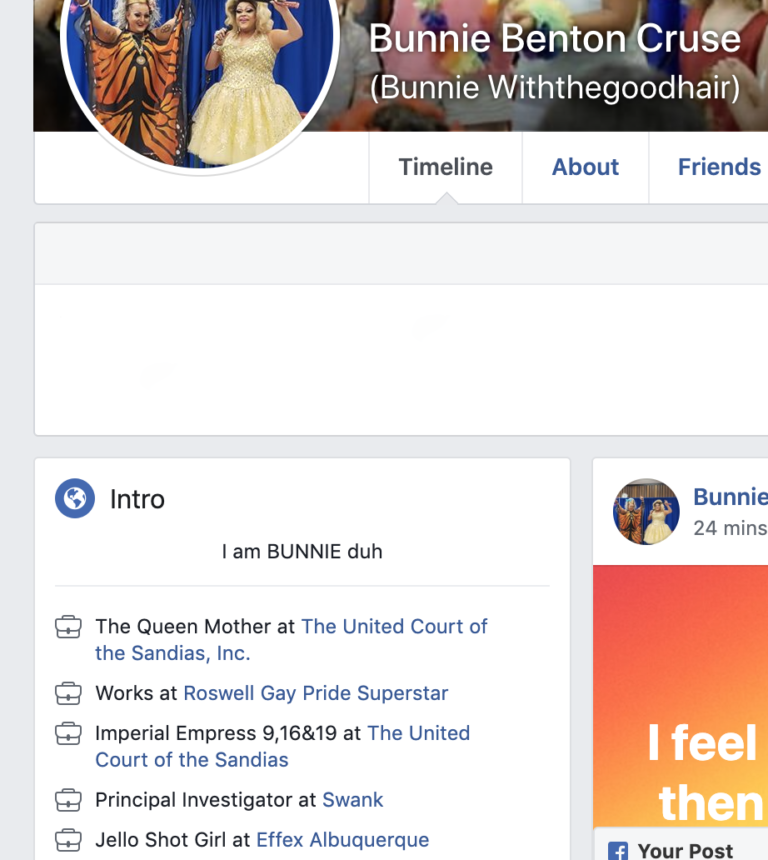 According to the New Mexico Political Report, the news arm of far-left ProgressNow NM:

“Benton Cruse has a conviction for sex work, which she is open about. She said that when she was young, another trans person told her there were three paths available to her in life: bartending, hair dressing or sex work.

She said she has done all three.

“I’m not ashamed for anything I’ve done to survive as a trans woman. It was survival sex work,” she said.

“Along the way, our trans elders fought for us to be bartenders and hairstylists. Now a trans person can be a lawyer or a doctor, you can be in elected office,” she said.

If Stansbury leaves the seat, the Bernalillo County Commission will decide who to appoint to House District 28. This announcement may make the stakes even higher for Republicans to flip the First House District seat because Stansbury’s possible replacement may have an even farther-left radical bent.

Last Friday, pro-lifers rejoiced as the archaic 49-year-old Roe v. Wade decision was tossed in the trash heap of history....

Scroll to Top
Thanks for subscribing!